WARNING.  Do not read this post if you are even slightly hungry.  It is all about FOOD.

Dan and I have easily gained 10 pounds each in Italy, alone.  Not that I was faring so well before with diet and exercise in South America (after all the hiking stopped) seeing as though my main source of nutrition came from beans, rice and popsicles.  But, there is something about Italian food that has made my belly expand like crazy. Oh, wait, it’s all the carbs that encompasses Italian food – cheese, pizza, pasta, risotto, and wine.

For the first time in my life, I’m seeing this weight gain as somewhat funny and part of the package of spending so much time in Italy.  Usually I would be worried and getting down on myself for how far out of shape I’ve let myself go.  However, I’ve decided to let that be future Christie’s problem, and indulge as much as possible because let’s be honest, when am I ever going to do this again?  I will face and combat my belly bulge and squishy arms later.

I mentioned back in my Roman Impressions post that I wasn’t too crazy about the food we’d eaten there however, that hasn’t stopped me from continuing to eat as I please.  And I’m not just talking a gelato a day.  Thankfully (and not so thankfully), the Italian food we were finding started increasing in quality and deliciousness with each city we visited and ended with the best of the best, Bologna.

Bologna is well known for its cuisine and is famously referred to as “La Grasa” or, “the fat”.  We heard and read over and over again that if we wanted to eat the best food in Italy, we needed to go to Bologna.  Bologna happens to be home to some of the best homemade Italian dishes including tortellini, mortadella ham, parmigiano cheese, ragu, and balsamic vinegar.  This is truly a city for food lovers.  One other fact that makes the food taste so good is the price.  The quality and the affordability of cuisine in Bologna together are unbeatable.

Since this will probably be the only extended period of time in my life that I am allowing myself to indulge on whatever I want to eat and drink, I’d like to relive some of the highlights from in my opinion, the best food city in Italy. 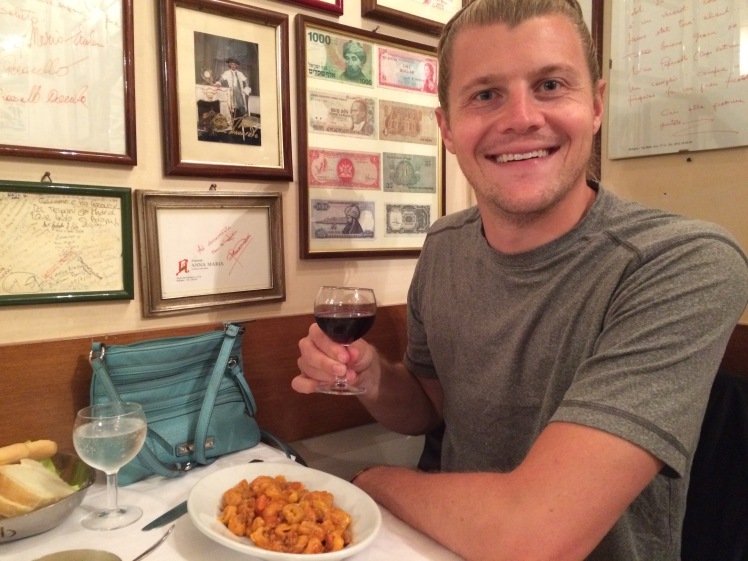 My vegetarian choice at Trattoria Anna Maria: Gnocchi with gorgonzola and pine nuts.

I know this looks like any old pizza but it was one of the best I’ve ever had at a restaurant called Vasinko.  The dough was thin and completely homemade.  The sauce was rich and fresh and covered in buffalo mozzarella; which I’m now convinced should have a special place in heaven.

Espresso never tasted so good with a view like this on the terrace of Hotel Touring. 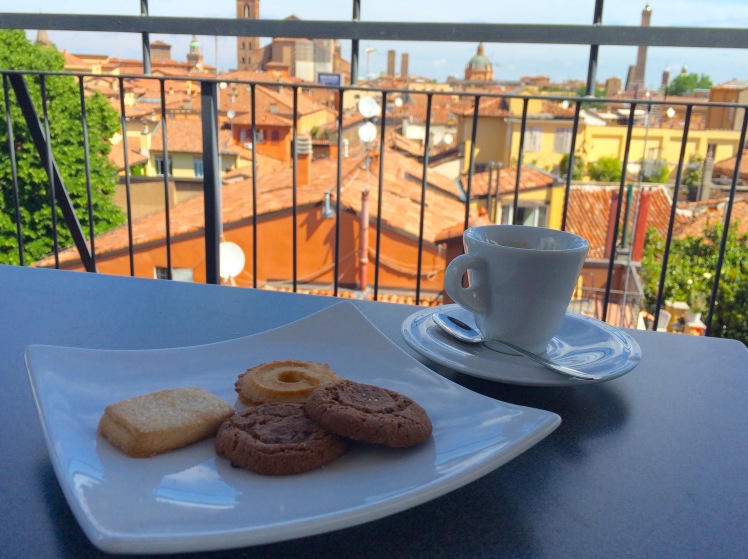 We came to La Baita Vecchia Malga two days in a row for lunch.  It originally started as a small market to buy local prosciutto, cheese, and other Italian food.  Now, they have table service where you can sit outside and enjoy their food.  Dan’s plate from our first visit consists of prosciutto, Italian salami, rustic artichokes, and two kinds of cheese (which we can’t remember the names of).  Also see cover photo! 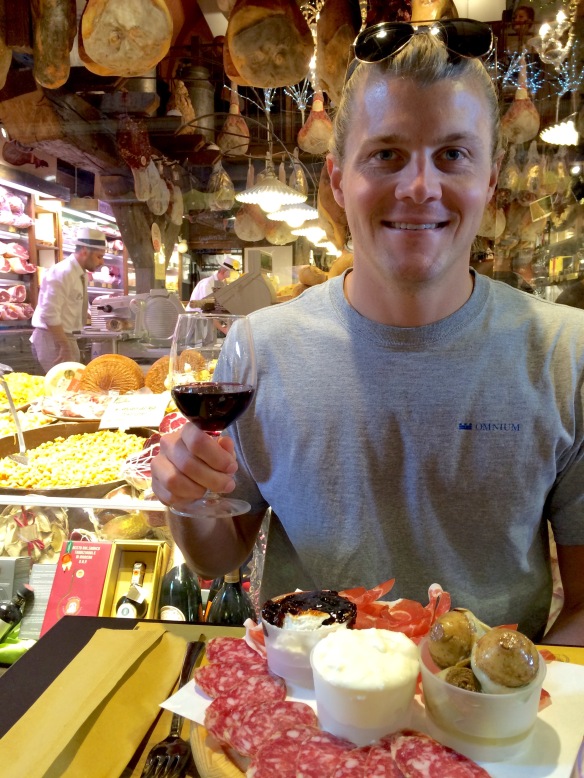 Visit two.  Homemade tortellini (Dan’s favorite meal of all time!) and the best caprese salad I’ve ever had.  I also had the Lambrusco which is a slightly sparkling red wine from the region.

There is an indoor market called Mercato di Mezzo on the same street as La Baita Vecchia Malga.  There you can find plenty of different restaurants selling all types of Italian food.  Since we were so full from our lunch, we decided to sample their alcohol selections instead.

This craft beer is called Baladin as is from Bologna.

And the Aperol Spritz.  One of my favorite Italian drinks.

And finally, the king of all the gelatos which I mentioned in my Gelateria Drama post.  Cremeria Santa Stefano has the richest, creamiest gelato and as you can see, is all homemade in the back behind their shop.  I will forever have dreams about the chocolate with hazelnut gelato.

I’m sure it is obvious that Bologna was my favorite city that we visited in Italy even though I left it with a huge buddha belly.  Not only is the food excellent but it’s a gorgeous place to simply wander around and take in the sights of the medieval towers, piazzas, and small side streets.  It’s genuinely beautiful and feels authentic Italian as there are far less tourists than any other place we visited in Italy.  Even though we spent one day in Venice after Bologna, I’m really glad we inadvertently saved the best for last! 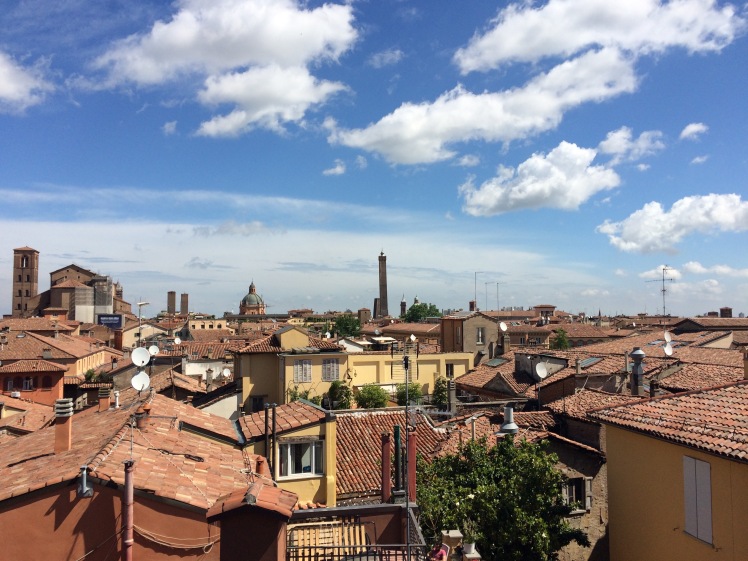 3 thoughts on “The Bologna Belly Bulge”