Everything you have heard about Venice is most likely true.  It is very, very crowded with approximately 20 million tourists flooding its streets every year (that’s about 60,000 a day!).  It is really expensive with prices continuously on the rise causing Venice to lose HALF of its population in the past 30 years; a Gondola ride is 80 Euro!  It does smell a little bit fishy along the Grand Canal.  And lastly, it is one of the most picturesque cities I’ve ever seen.  All of the photos you see of Venice, well, it looks exactly like that.

Dan and I almost skipped Venice completely.  After reading those stats about the amount of tourism and high prices, we were turned off.  I hated the thought of contributing to the loads of tourism which has somewhat ruined the charm and authenticity of the city. In addition, I also hated the prices after looking at places to stay.

After some thought, I decided that I couldn’t come to Italy and not see Venice.  With Dan in agreement, we booked the cheapest hotel (that wasn’t total crap) that we could find which ended up being in Mestre (located just outside the island of Venice and accessible by bus and train).  We also compromised and choose to spend only one full day there before heading out of Italy to Budapest, Hungary.

One full day ended up being the perfect amount of time for us.  Stepping off the train and seeing the beautiful Grand Canal, I new we made the right decision not to skip it altogether.  I could not stop taking pictures of this place.  It was unlike any other place we’ve been.  A town with canals running through it as streets, are you serious?!

Since we only spent one day there, I thought I’d simply share the pictures that may not have been, had we never visited.

Instead of side streets, Venice has side canals. 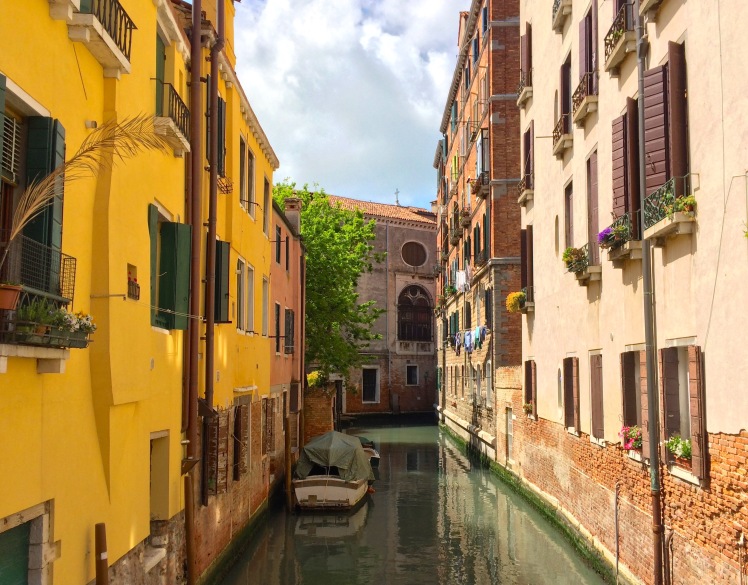 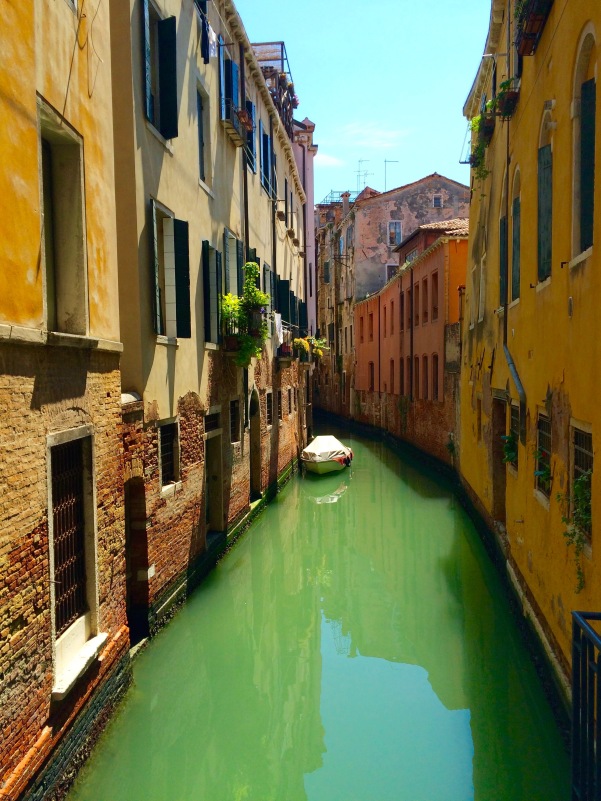 We opted not to take a Gondola ride because of the price but, they make for cool pictures!

After fighting the crowds, we felt we deserved a bottle of Rose to cap off the day.