I’m finding out that long term travel is all about making choices and decisions, lots of them.  Which route makes more sense? Do we have enough to afford this? Should we see this mountain or check out this city? What hostel, refugio, AirBnb or hotel should we stay in?  Some decisions are easy; should we buy a bottle of the local Argentinian Malbec? YES.  Should I bring toilet paper? YES. Should we ask this person if we are going the right way? YES.

But then, there are the tough decisions.  The ones that will likely change an outcome of your trip.  The ones that you may regret making or not making later.  The ones that you revisit time and time again to make sure you are doing the right thing.  We’ve definitely had a few of these along the way but the biggest one yet was whether or not we should come down to Patagonia.  Patagonia has always been on my bucket list, but not one of the top contenders.  It wasn’t until Dan started mentioning coming down here, did I really pay attention to it. Over the past year or so, Patagonia became to him what the Galapagos was to me, something we absolutely had to see, his top experience.  So of course, we agreed before we came that we would make it happen.

Then, before we booked our tickets to Colombia back in July, we realized that we would need to be in Patagonia between December and March because it is the best time to be here due to the weather.  Did that make sense to come all the way down here from Colombia?  Should we start in Patagonia first?  Could we make our money stretch all the way until next December?  We really didn’t want to change our plans of heading to Colombia first so we finally settled on the fact that we’d use our credit card points to buy the tickets to Patagonia and put the topic to rest.  Until…

Fast forward to November while we are sitting in sunny Cartagena, Colombia and it’s time to think about what’s next.  I’m ready to stick to our plan of going down to Patagonia but Dan starts to question the whole thing.  His head and his logic start to get the best of him.  He starts to think – “Is it worth the cost? We could travel so much longer if we didn’t go all the way down there.  We can hike and be in the mountains in Ecuador, Peru and Bolivia too so why do I need to go all the way down there?  It’s just so far from everything.”  His questioning and doubts became contagious and I started to think the same way he was.  We debated and talked for days about what to do.  We were so confused.

During one of our final conversations, Dan said to me, “During busy season at work when I was stuck in the office for hours on end, I would just stare at pictures of Patagonia and dream about being there”.  That was the answer and it hit me like a punch in the face.  We did not work hard and save money for 2 years just to make the trip last as long as possible.  We did this so we could experience the things we wanted and to go to the places we dreamed about.  I would rather this trip last 2 months and get so much out of it than have it last a year and not even get to experience what we wanted in the first place.  This was time to make a decision with our hearts instead of our heads. 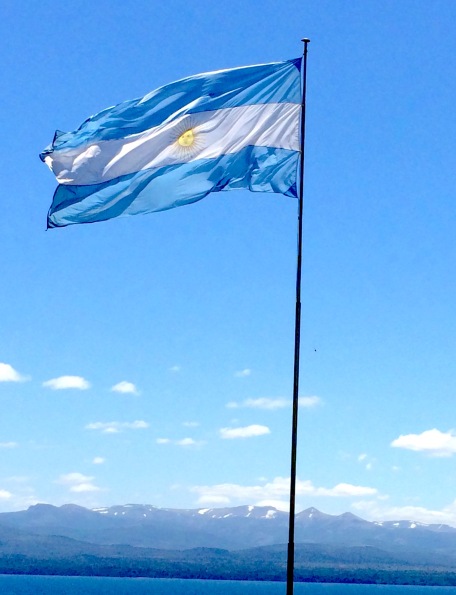 So it was settled.  The tough decision was made after much deliberation and some sleepless nights.   We used almost all of our credit card points that we’d acquired through our Chase Sapphire card to book two, one way tickets from Bogota, Colombia to San Carlos de Bariloche, Argentina.  I can’t say that from the time we booked the tickets to when we arrived in Bariloche that I didn’t continue to doubt our decision; I’m sure Dan would say the same thing.  But what I can say is that when I saw the mountains for the first time, I knew we made the right choice.

We agreed that in coming down to Patagonia, our entertainment would be spending time outside.  It is what we truly enjoy and what we were craving.  The prices down here are steep with Argentinian inflation, in addition to being high season.  So that means no eating out, no drinking, just mountains. Although we found the blue market to get a better exchange rate for American dollars on Calle Mitre, we wanted to make our time and money here worthwhile.

So we’ve been spending our time walking around the city on the days we don’t have anything planned as the views of the mountains and the lake are incredible.

Splurging every couple of days on some chocolate at Rapa Nui that Bariloche is well known for.

We went on a 27km bike ride through Circuito Chico.  We took the number 20 bus out to Km 18.3 and rented bikes from Circuito Chico bikes.  The price was pretty high (over $50 USD for both of us for 2 bikes for the day) but it was completely worth it for the difficult workout and the views. 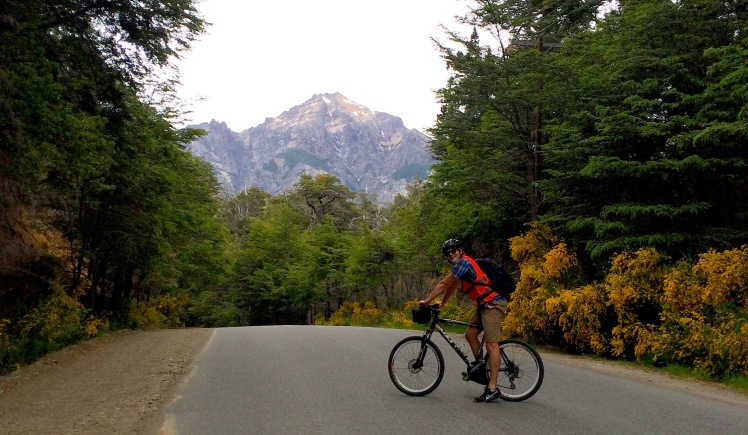 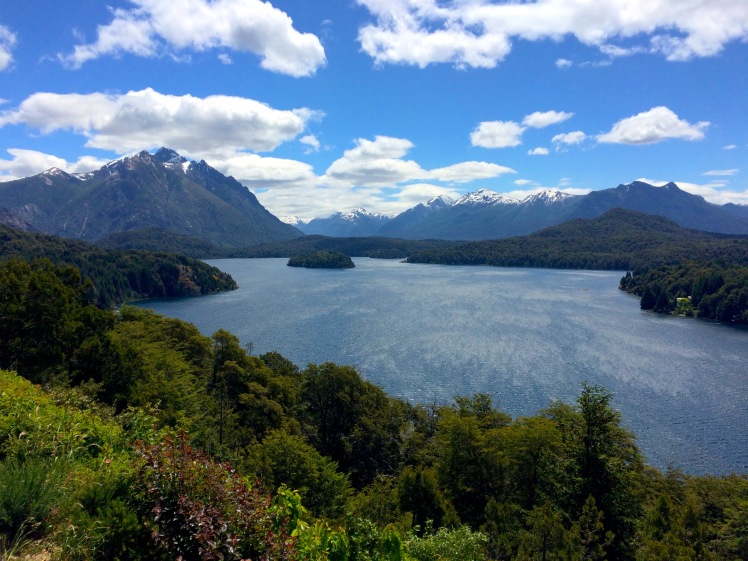 After a day recovering from our strenuous bike ride, we completed a day hike to Refugio Frey.  It was beyond beautiful.  The best way I can describe this place is like a picture from National Geographic.  Cathedral like mountains in the background, with a blue green lake, and a serenity that can’t be described but only felt.

Loving the hike to Refugio Frey, we decided to do another hike but wanted to stay overnight this time.  We elected to trek to Refugio Italia (also known as Laguna Negra).  We rented sleeping bags, packed all of our food, and prepared for our first overnight hike.  We arrived around 2 p.m. after completing the hike in just under 5 hours and were blown away once again by how beautiful it was.  The Refugio is located on Laguna Negra and surrounded by snow capped mountains.  We spent the rest of the afternoon relaxing, enjoying our views of the mountains, and I literally napped for 2 hours laying on top of some rocks.  It was so peaceful, quiet, and we had found the solitude that we were looking for.

On the hike back to town the next day, I kept thinking about how much I enjoyed that experience and each one we’ve had in Bariloche so far. Patagonia is so pristine and unique, it really is a special place.  I truly haven’t seen anything quite as beautiful and don’t think I would be able to find the exact same experience anywhere else.  And every time I see my husband’s face when he stops and looks off into the mountains, I’m even more convinced that following our hearts down here was the best decision we could have made.  No matter the cost, the trouble, and the sleep we missed thinking about it and getting here. Following our dreams is so much more important than all of those things.

“Sometimes you just need a break in a beautiful place. Alone. To figure everything out”.